Allow me to introduce myself to you. My name is Aaron Kosminski. You won’t know me by name…yet. 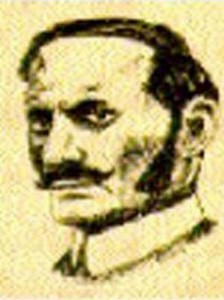 I was born in 1865 in Poland. In the early 1880s my family escaped the Russian pogroms, and we were lucky to take refuge in London, where I lived together with my two brothers and sister in Greenfield Street, E1.

A hairdresser by trade, I suffered serious mental illness – probably paranoid schizophrenia – and was prone to auditory hallucinations and sexual ‘self-abuse’. My erratic behaviour was known to police in the area, I was even put under 24-hour surveillance until I was eventually committed to the workhouse and then mental asylums for the rest of my life.

Who knows? If Chief Inspector Donald Swanson and his police team had been more precise with the physical and witness evidence against me, I might not have been quite so infamous.

I should have died at the gallows in my 20’s. Instead, I died 30 years later in Leavesden Asylum from gangrene. Instead of going on trial, I was allowed to take the sickest of secrets to the grave.

My secret – my brutal behaviour and my means of achieving sexual satisfaction – paralysed the streets around my East London neighbourhood with fear and provoked a nationwide panic whipped up by press headlines and speculation. 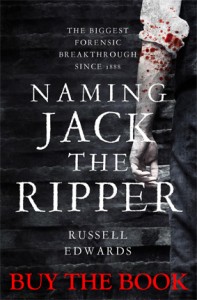 ars later, my secret has endured as one of the greatest unsolved mysteries in British criminal history, attracting global notoriety and spawning a multi-million pound industry. Until today that is.

Find out how DNA evidence, painstaking forensic research and sheer bloody-mindedness has conclusively nailed and named me.

Ladies and gentlemen, my name is Aaron Kosminski. But you can still call me Jack The Ripper if you wish”