Has Jack the Rippers identity finally been revealed

For over a century the identity of notorious serial killer Jack the Ripper has baffled criminologists but modern DNA technology has finally solved the mystery, it has been claimed.

Polish man Aaron Kosminski has been named by a world renowned DNA expert as the killer behind the 1888 murders of at least five women in London’s Whitechapel.

Dr Jari Louhelainen, a senior lecturer of molecular biology at Liverpool John Moores University came to the conclusion after analysing a shawl belonging to one of the victims, according to the Mail on Sunday newspaper.

The item of clothing found by the body of the Ripper’s fourth victim Catherine Eddowes, which was bought at auction by businessman Russell Edwards, 48, who then enlisted Dr Louhelainen’s help.

Edwards told the Mail on Sunday a police officer at the scene had taken the shawl home for his wife and it had been handed down from there.

He said: “Incredibly, it was stowed without ever being washed,” adding the previous tests on the garment had proved inconclusive. 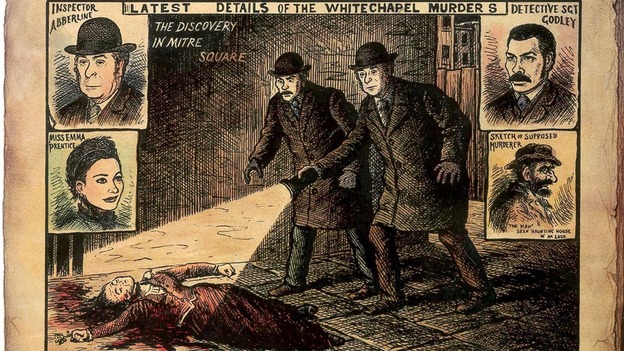 A newspaper report on the Jack the Ripper mystery. Credit: PA

After buying the shawl, Edwards passed it to Dr Louhelainen, who analyses evidence from historical crime scenes, in 2011.

By comparing DNA from the shawl to DNA from the victim’s relatives and the suspects, Dr Louhelainen concluded that Kosminski was the killer.

Kosminski was 23 when the murders took place, and living with his two brothers and a sister just 200 yards from where the third victim, Elizabeth Stride, was killed, on the same night as Eddowes, Edwards said.

The Polish hairdresser was committed to mental asylums and died aged 53 in Leavesden from gangrene.

He told the Mail on Sunday: “He is often described as having been a hairdresser in Whitechapel, the occupation written on his admission papers to the workhouse in 1890.”

Dr Jari Louhelainen who also works on cold cases for Interpol and other projects conducted tests on the shawl in his spare time, but he is convinced that they have caught their killer.

He said: “Now that it’s over, I’m excited and proud of what we’ve achieved, and satisfied that we have established, as far as we possibly can, that Aaron Kosminski is the culprit.”