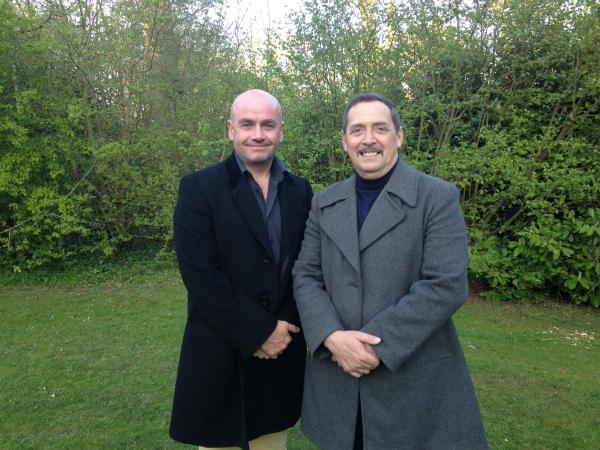 The man who produced “the first bit of tangible information” to solve the mystery of who Jack the Ripper was visited the old site of Leavesden Hospital this week.

Russell Edwards, author of Naming Jack the Ripper, was always led to believe there was nothing left of Leavesden Hospital – the place where alleged Jack the Ripper, Aaron Kosminski, spent most of his adult life.

But Mr Edwards said: “My friend told me there was a guy doing tours around the old Leavesden Hospital, and that was only last Monday.

“I called up Martin Brooks (chairman of the Leavesden Hospital History Association) who runs the tours, and we came here on Sunday, to see what I could find out about the hospital.

After an abundance of forensic analysis and professional opinion on a shawl he bought, reported to be taken from the fourth Jack the Ripper murder scene, Mr Edwards can now prove that Jack the Ripper was in fact Aaron Kosminski.

Kosminski became a prime suspect in Mr Edwards mind after a conversation he had with a member of Scotland Yard many years ago.

“The pattern on the shawl is Michaelmas daisies – now they’re just little flowers that come out in September,” he said.

“But Michaelmas is also a celebration by Eastern and Western Christians, and they celebrate it on two dates of the year – but they’re two of the murder dates. That’s why I bought the shawl.

“I spoke to Scotland Yard, to tell the guy about the murder dates, and he said that’s amazing. That’s the first bit of tangible information we’ve had in decades.

“He said to me, I don’t even know why they do the story anymore. We’ve always known who the murderer was. And just like that he said it was Aaron Kosminski.”

However, in October last year, experts claimed a fundamental error had been made in identifying Kosminski as the Ripper.

Mr Edwards disputed this saying: “The Jack the Ripper community don’t want this to ever be solved so what they’ve done is used the name of a scientist, who’s thrown doubt on the scientific work, and they ignored the fact we got a match.

“But we can easily eliminate this. They’ve obfuscated the truth.”

Martin Brooks, who showed Mr Edwards around the old hospital site, said: “Like many old institutions and building constructed in England in the 1800s Leavesden Asylum/Hospital has its fair share of mysterious history. 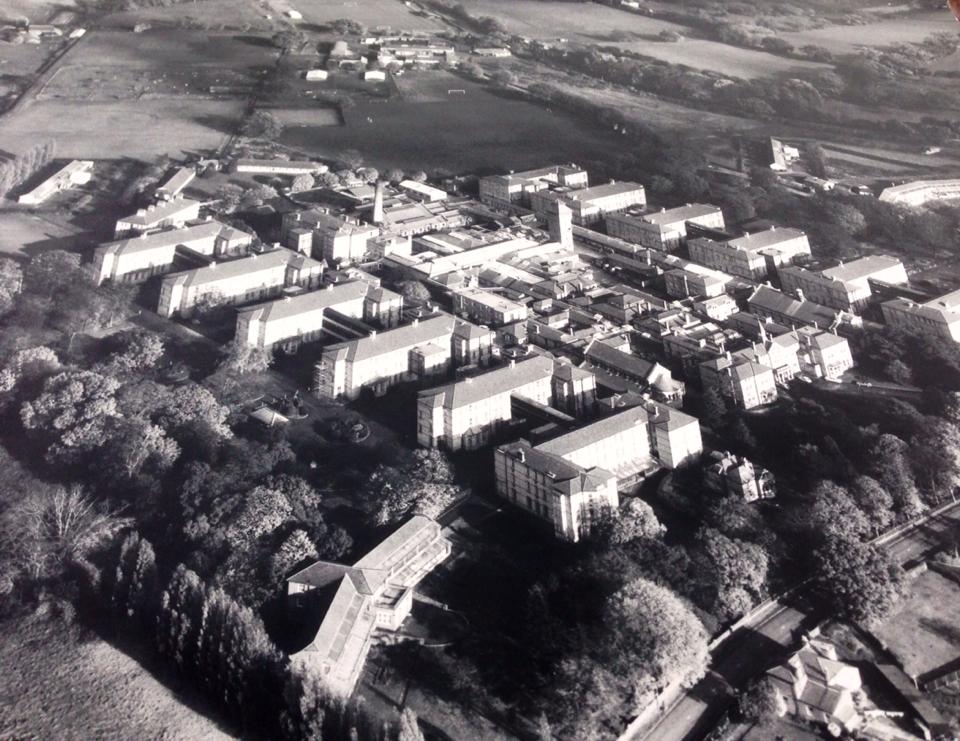 An aerial view of Leavesden asylum, this is where Aaron Kosminski was incarcerated. He was the man conclusively identified by me as Jack the Ripper..

“From ghostly figured being seen in manor houses and farm cottages to unexplained things being photographed and recorded in one of the three cemeteries on the site.

“I have always believed that Kosminski is the most logical and plausible suspect to be Jack the Ripper, and to have Mr Edwards, the man who literally wrote the book on Kosminski, visit and tour the grounds was a very special day indeed- a day which we discovered afterwards was special for more reasons than we thought.

“For it turned out that the day of Mr Edwards visit to the site of the old hospital, April 19, was the exact same day in 1894 that Aaron Kosminski was committed to Leavesden Asylum – how strange is that?”