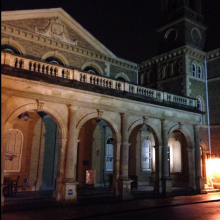 His family probably shuttled him around between their homes. The date was 4 February 1891, and it appears that his mental health had now deteriorated to a state that the family, who had been sheltering and supporting him, could no longer cope. On his admission, the register of patients stated that he was suffering from ‘mania’ and he was examined by a doctor, Edmund Houchin, who wrote a report on his findings and declared Kosminski insane
Read More