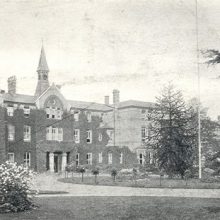 The History of Leavesden Asylum

The foundation stone for Leavesden Asylum was laid on 31st October 1868 by the Chairman of the Management Committee, William Henry Wyatt, J.P. The first patients were not admitted until 9th October 1870, the same date as the opening of Caterham Asylum. Both Asylums were built and run by the recently constituted Metropolitan Asylums Board for the care of “insane paupers” who were “such harmless persons of the chronic or imbecile class as could lawfully be detained in a workhouse”. “Dangerous or curable” patients were to be sent to the county lunatic asylums. By 15th October Leavesden had over 100
Read More